In The Reader Gallery this week we have a fantastic exhibition of Kantha embroidery from Bangladesh collected by Ruby Porter MBE during the 27 years she’s been volunteering for Sreepur Village.

Kantha is a type of folk art originating from east South Asia, Bangladesh in particular. Women, mainly in rural areas, would make use of old saris by layering and hand-stitching them to create shawls or lights blankets  – useful things around them home. The women rarely had access to books or images so they would embroider images of everyday activities or simple designs of birds or flowers.

Since the 1920s however, this form of folk art has become very popular as decorative items, mainly sold to tourists. Over the decades, the design and style of Kantha folk art has changed to reflect the cultural influences in the country. 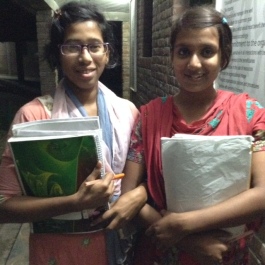 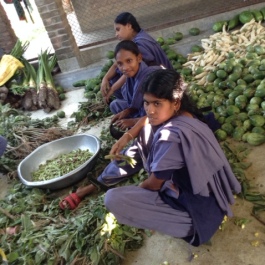 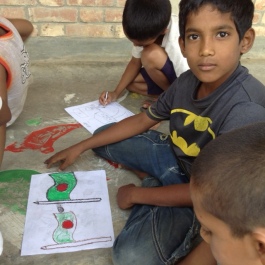 The independent UK-based organisation Sreepur Village, Bangladesh funds and oversees Shishu Polli Plus, a home for destitute women and children which provides safety, healthcare and education to empower women and help them begin independent lives in the community.

Shishu Polli Plus was founded by Pat Kerr, a stewardess for British Airways, who visited Dhaka’s Families for Children orphanage in 1981, taking unpaid leave to volunteer there.

When the children’s home faced closure Pat called on the support of her boss at BA to save Families for Children. Pat sought out a suitable plot of land on which to purpose-build a new orphanage, and with the help of BA‘s campaign, raised over £1 million.

The new home, Shishu Polli Plus (Children’s Home Plus), was formally opened in February 1989 with capacity to accommodate up to 600 children and 150 destitute mothers (some as young as 13) who need shelter. Pat set up a number of programmes that would provide healthcare, compulsory education for all, and teach skills that would help the women to find work. One of these programmes focused on textiles.

When Ruby Porter, a textile artist and lecturer at Liverpool Community College, watched a documentary on Pat’s work she wanted to get involved, writing to Shishu Polli Plus to offer thread and materials from Merseyside Embroiderers Guild.

Pat welcomed the offer and asked if Ruby could also offer her skills to the project too. Ruby arrived in Bangladesh in 1990 with 7 suitcases full of supplies, where she helped to source looms locally and began teaching the women of Shishu Polli Plus how to weave.

“The women I work with have often had a very difficult life. They have experienced abject poverty and have had very little say in their own lives, but we can help them to create something beautiful” – Ruby Porter

These skills, and others such as card-making and screen-printing, put the women in good stead of finding a job further down the line as garment factories are the biggest employers in the local area, producing garments for many UK high street shops. Although these organisations often come under fire for the pay or conditions workers face in Bangladesh, Ruby says the alternatives women face are much worse.

“You can’t compare the pay and work conditions in Bangladesh to those of the UK. They are two different worlds. There’s so much poverty there, so little industry, these are the best jobs available to women in the area. It’s not perfect, but it means they can feed their families. Yes there is still much to be done to improve life and we hope Sreepur Village will play a part in that.” – Ruby Porter 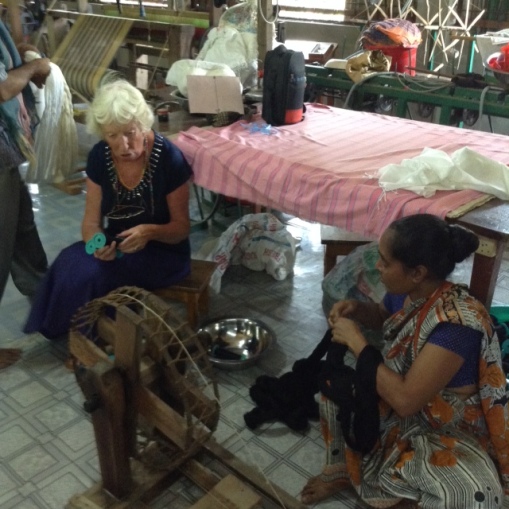 Shishu Polli Plus not only offers a safe home and education to women and children, it is helping to create real change by helping the women to lead independent lives. They can stay at the home for up to five years and are paid for their work during their stay, with a compulsory saving scheme which will provide them with a nest-egg for when they leave. Many women who arrive can give only a thumbprint as signature but learn to read and write during their stay. They are educated about health and parenting too, an important step in a country where 1 in every 200 women die in childbirth.

Ruby hopes that this change will also have an affect on the men and boys involved. She says that the male staff at the home and the young boys brought up there learn the importance of respecting women.

“It may be a small change in the grand scheme of things. Bangladesh has a population of 162 million people and there are not only political threats but with landmass only a mile above sea level, Global Warming is a huge concern for people there. We do what we can to improve life in any way possible.

The biggest killer of under 5s is drowning so we’ve started teaching the children at Shishu Polli Plus to swim. Girls face such strict rules and restrictions but we’ve established a girls’ cricket team which, as a non-contact sport, they can play with boys. Its something they might not have experienced otherwise.” – Ruby Porter

Ruby has witnessed firsthand many of the dangers which threaten life in Bangladesh and the current political unease is a concern while planning her next trip. She travels to Bangladesh about twice a year, self-funding all her trips, and living on site in very basic conditions while she’s there.

Ruby, now a Trustee of the charity, brings back new stock of scarves and cards to sell in the UK with all proceeds from these sales going back to Sreepur Village. Ruby has witnessed firsthand many of the dangers which threaten life in Bangladesh and the current political unease is a concern while planning her next trip. 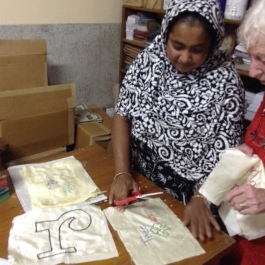 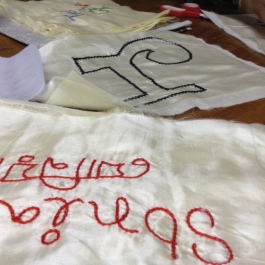 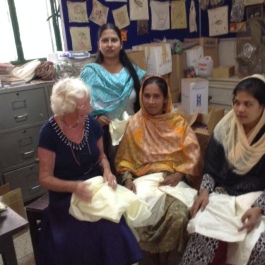 Living very close to Calderstones Park, Ruby is delighted to have the work of the Shishu Polli Plus project on display at The Reader Gallery. She says that Liverpool has a strong connection with , with great support from Town Hall staff, the Lord Mayor Roz Gladden and local churches.

“Liverpool’s connection with Bangladesh goes back even further. After the war of independence in 1971, George Harrison held a huge concert in Madison Square Gardens to raise money for refugees of the crisis. There’s a huge tribute to him in the Dhaka museum, I was so surprised when I first came across it!” – Ruby Porter

The exhibition is open until Sunday 2 October where you can purchase cards, bookmarks, bags and scarves handmade by the women of Sreepur Village and Ruby will be on hand if you want to find out more about the project and hear her incredible story firsthand. 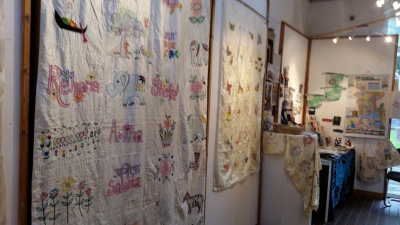